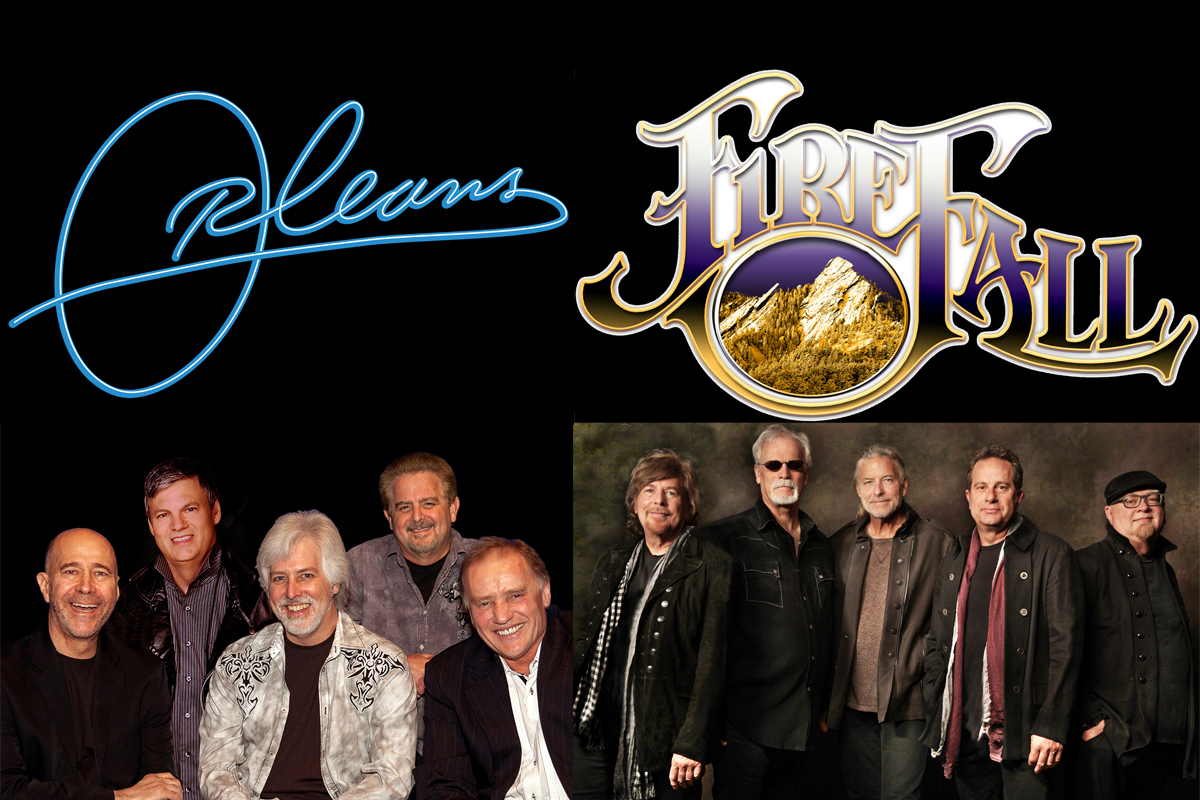 Two incredible bands join forces to play in Pawleys Island, SC. For a night you will never forget!

Orleans is best known as the Pop/Rock band that brought you the classic 70s hits Still The One, Dance With Me and Love Takes Time. Now in its 49th year, Orleans has produced a body of work spanning 16+ albums and 4 DVDs. The band continues to be in great demand for live performances, as they have been for almost 5 decades. Co-founders Lance Hoppen and John Hall, along with long-standing member Lane Hoppen and relative newcomers Brady Spencer and Tom Lane deliver Orleans’ music with power, class and integrity to appreciative audiences everywhere.

John Hall, whose songs have been recorded by Janis Joplin, Linda Ronstadt, Bonnie Raitt, Chet Atkins, Bobby McFerrin and others released a new solo album “Reclaiming My Time” in May of 2021

For founder Jock Bartley, Firefall is a 40 year labor of love. Their layered harmonies backed by driving rhythms transcends many genres from rock to country to adult contemporary and brought the band platinum and gold success with such hits as “You Are The Woman,” “Strange Way” and “Just Remember I Love You.” Other major Firefall radio hits include “Cinderella,” “Goodbye I Love You,” “Livin’ Ain’t Livin” and “Mexico.” Extensive touring with Fleetwood Mac, The Doobie Brothers, Chicago, America and many others.

If you are planning to purchase tickets to more than 3 performances, you may want to consider a Membership Package, which is more economical.

Food Trucks for this performance: