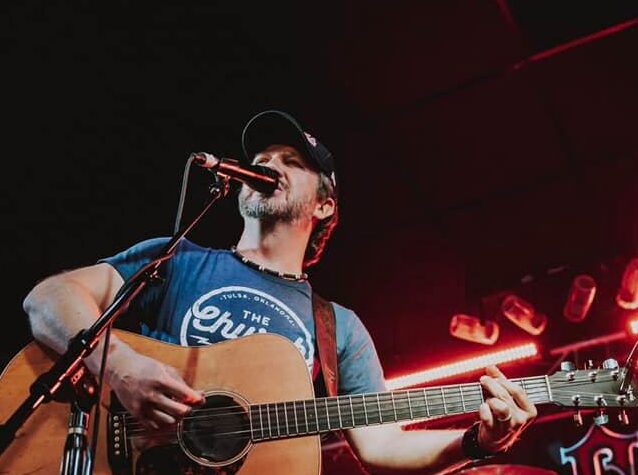 An inspiring high school graduation performance and $80 were all it took to get singer/songwriter Kurt Thomas hooked on the music business. And now, the small-town country boy from Dahlonega, GA has recorded four CD’s and opened for some of the biggest names in country music including Kenny Chesney, Brooks & Dunn, LeAnn Rimes, Gary Alan, Darius Rucker, Zac Brown Band, Ronnie Milsap and Josh Turner.

Kurt grew up enjoying the close-knit country life in Dahlonega where he heard local musician, Jay Drummonds, sing “Small Town” by John Cougar Mellencamp at his high school graduation. At that moment, he decided that’s what he wanted to do with his life and after graduation; he bought his first guitar for $80 and started his musical career.

“Kurt’s songwriting ability is one of the most amazing talents I have seen in my many years in the music business”, said Lee Davis of MLD Productions, an opinion supported by Kurt’s win of Kenny Chesney’s Next Big Star contest making him the opening act for Chesney, Brooks & Dunn, Sammy Hagar, LeAnn Rimes, Gary Alan and Sugarland. Kurt has also opened for Joe Diffie, Little Big Town and Ronnie Milsap.

After opening for Chesney, Kurt went on to win CMT’s Music City Madness – a nationwide contest that led to Kurt’s doing an Unplugged Studio 330 session on CMT as well as a mentorship with Grammy-award winning singer, Randy Travis.

Kurt has a unique ability to captivate an audience – whether playing old favorites or his own songs. “I have always tried to stay in touch with the fact that a good song tells a story and most of my songs always do”, says Kurt. Today, he is doing what he does best: writing songs and playing shows all over the United States. “I’m loving life and enjoying the ride”, says Kurt, while living out his dream.

If you are planning to purchase tickets to more than 3 performances, you may want to consider a Membership Package, which is more economical.

Food Trucks for this Performance:

Six in A Ness
Kona Ice
Cheesecake on a Stick